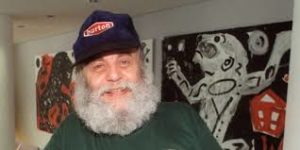 Ralf Winkler, Dresden 1939, used many pseudonyms to avoid unwanted attention from the East-German authorities for his perceived dissident art. It was “A.R. Penck”, that stuck after reading the work of the geographer and geologist Albrecht Penck. He is best known for his Standart (“banner, flag”) series, featuring a rudimentary and primitive black acrylic stick figure surrounded by colorful text, other ideograms, symbols and images. After the fall of the Berlin wall he was grouped together with fellow countrymen Lüpertz, Baselitz and Immendorff in a semi-abstract, naïve movement called the neo-expressionists. He died in 2017 and will forever remain the inspiration for K.Haring and J.-M. Basquiat. 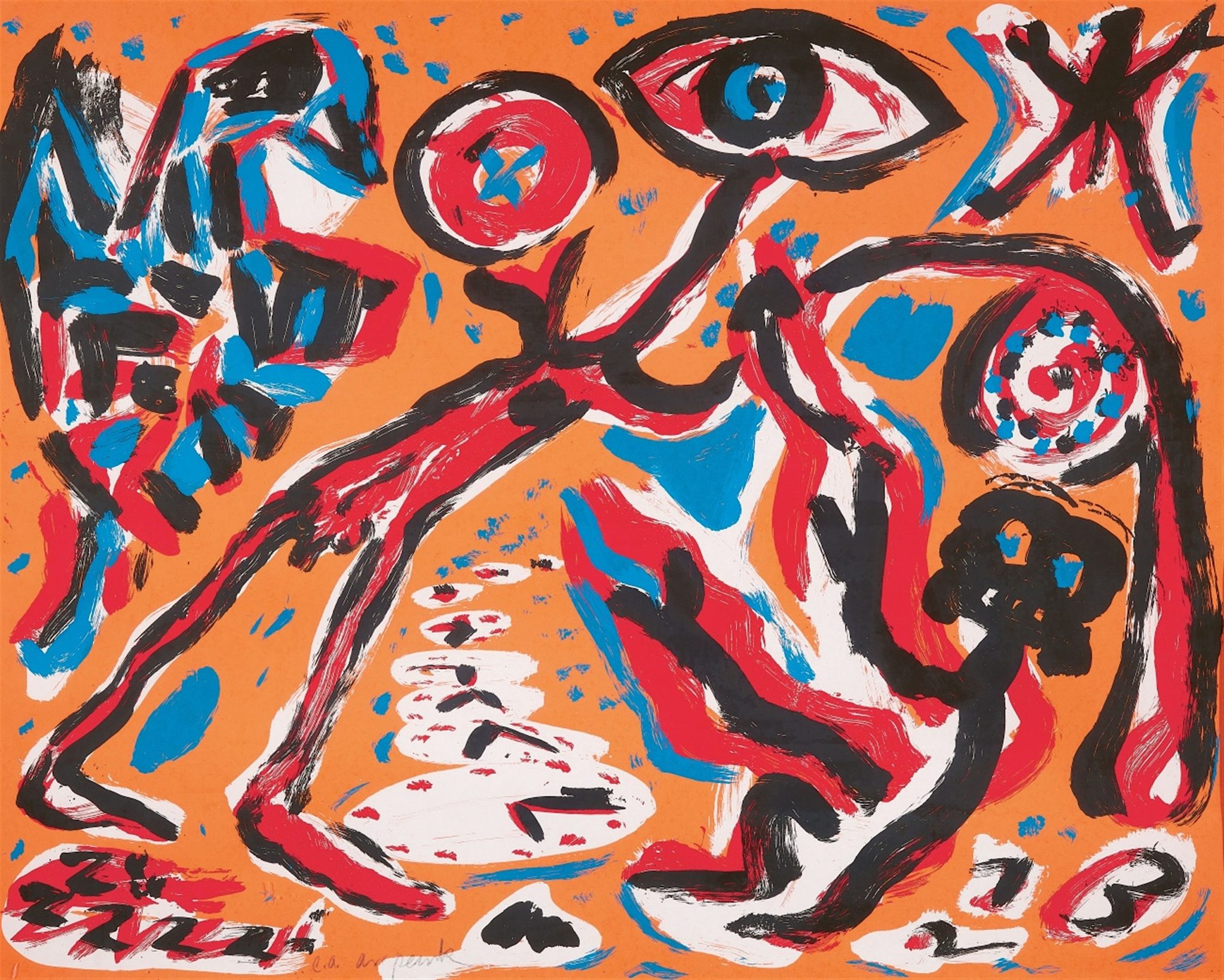 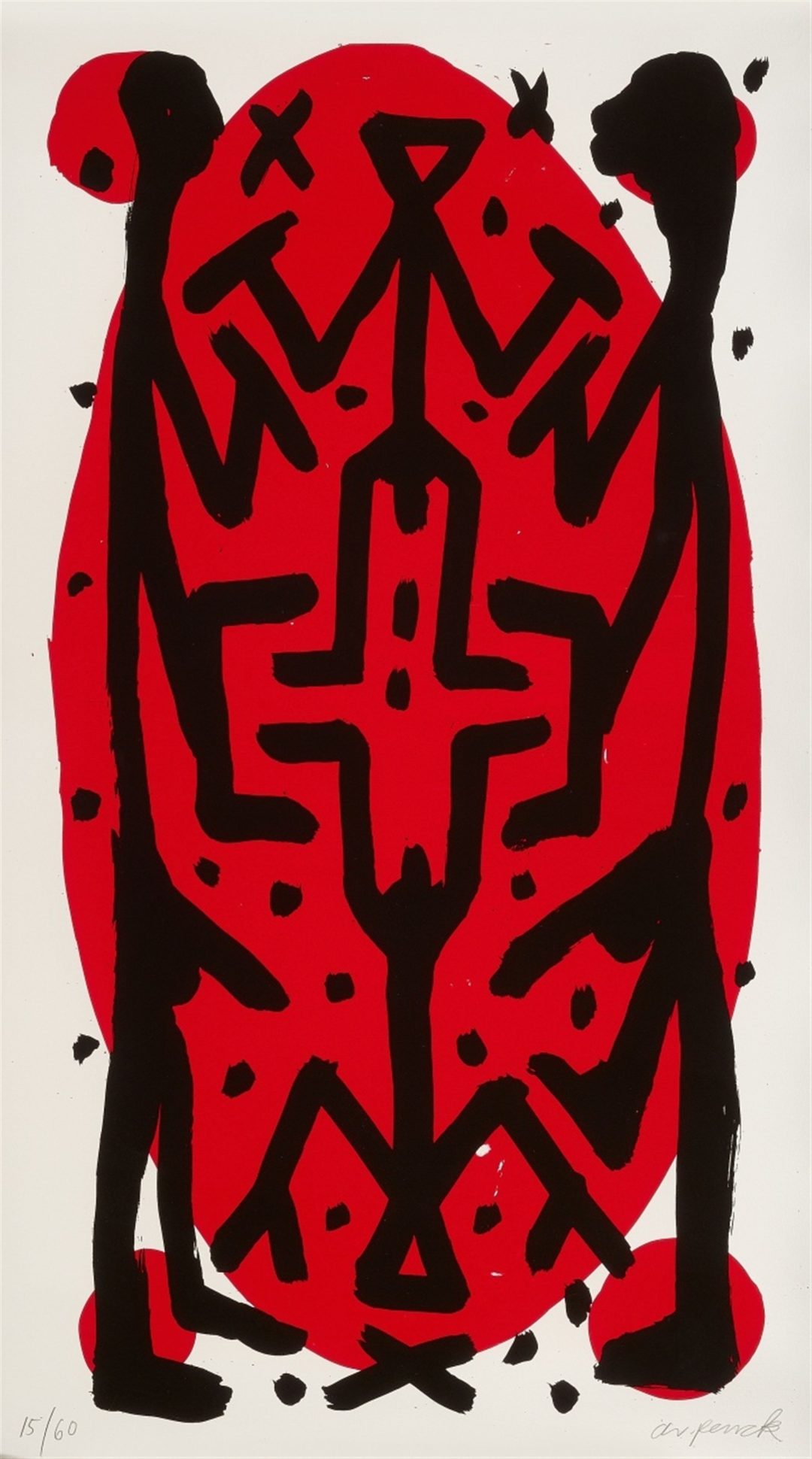 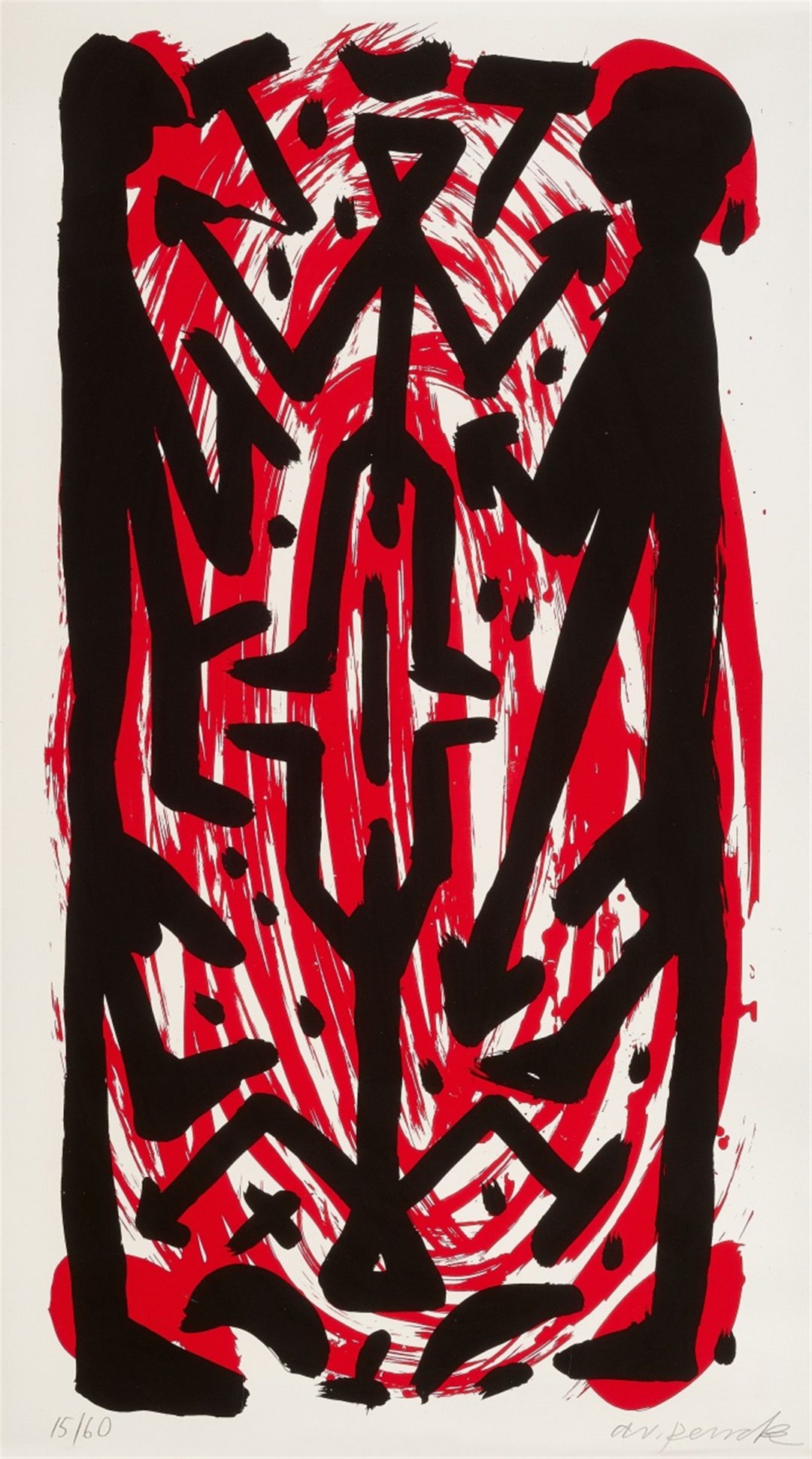 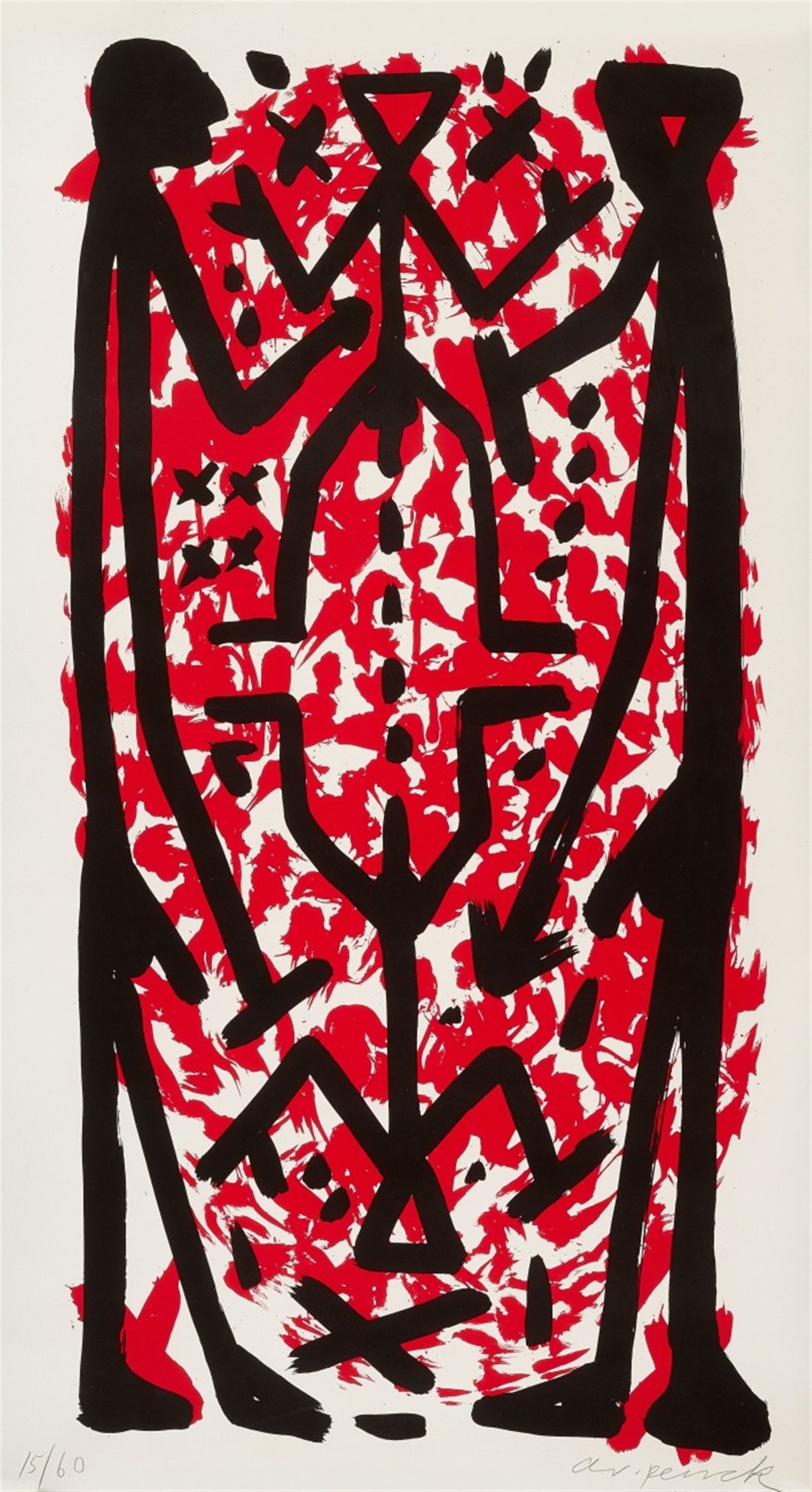